Want to take a break from battles and have fun? Go hunt the gems hidden by greedy dragons! Gem Blitz is a casual mini game which rewards players with  chests and the Legendary Title Gem Scrounger. 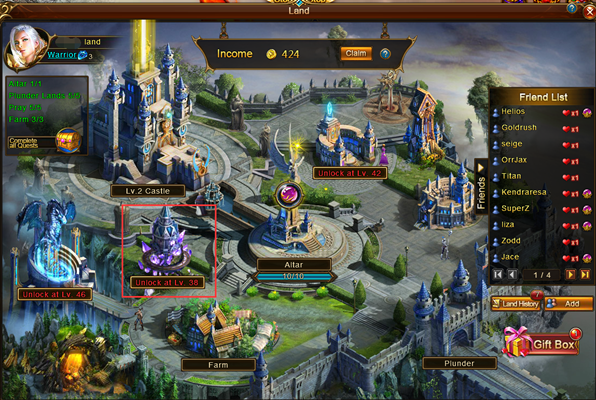 First, click the Land icon and then the Gem Blitz icon. Only players that have reached level 38 can play, and only up to once a day. Eliminate gems by putting at least 3 same ones in a line (horizontal or vertical) to earn points and rewards.

There's no time limit for the Gem Blitz so players have enough time to make their choice. However, there is an action limit, and if the action times run out, players have to quit the mini game or ask their friend to help them finish the rest. Points are based on the amount of eliminated gems. Chests will be given to players when their points reach 500, 1000, 2000, 3500 or 6000. The more gems they eliminate, the better chests they'll get.