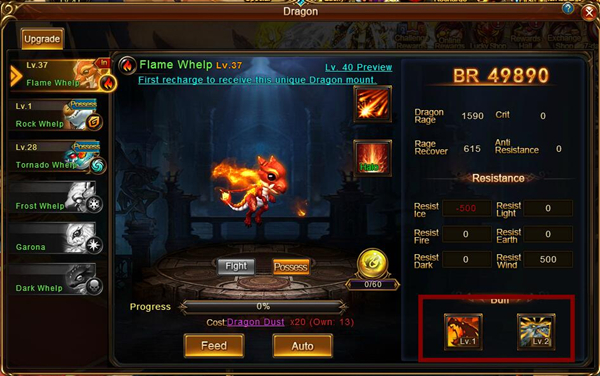 Each fellow dragon has two Buffs, and we will talk about Draconic Bond. 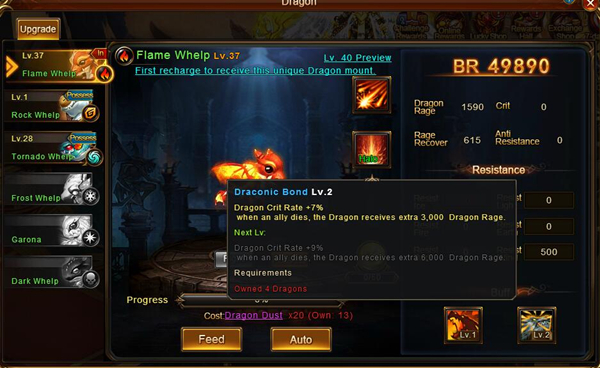 We have to upgrade Draconic Bond to lv.3, for the lv.3 skill will increase the critical rate of the dragon. What’s more, when each ally dies, the dragon gets 6000 or more extra Dragon Rage, depending on the level of Draconic Bond. When players possess six fellow dragons, Draconic Bond could be upgraded to its maximum. 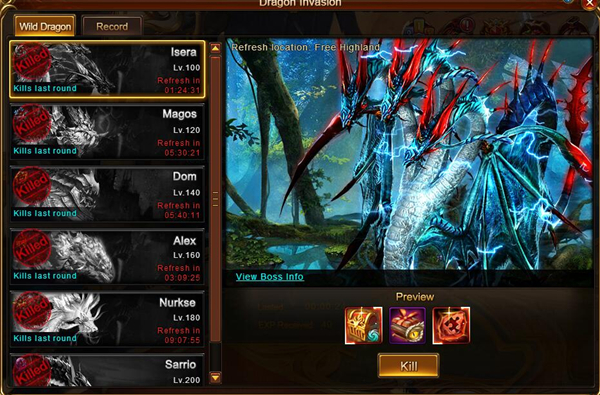 Each Dragon Boss has a weakness:

Take advantage of Draconic Bond in the Boss Battle

The one that can cast most damage to the Boss is players’ dragon. And the dragons’ damage is based on the Dragon Rage. In order to increase the Dragon Rage, we can form a team by some heroes players usually have recruited like the example. 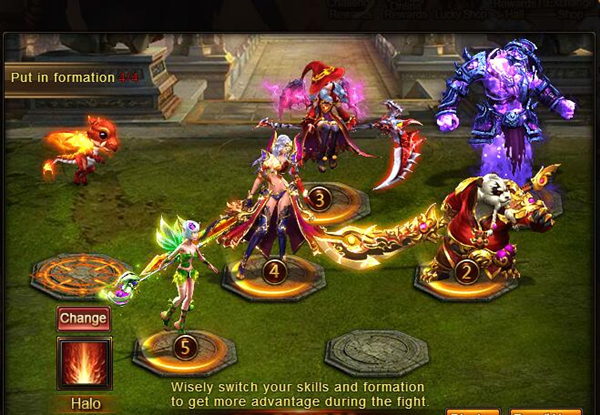 The point is to place some weak heroes in the team. When the BOSS attacks and kills any of them with just one blow if possible, players’ dragon receive 3000/6000 /9000/15000 Dragon Rage for its damage skill, depending on the level of Draconic Bond.